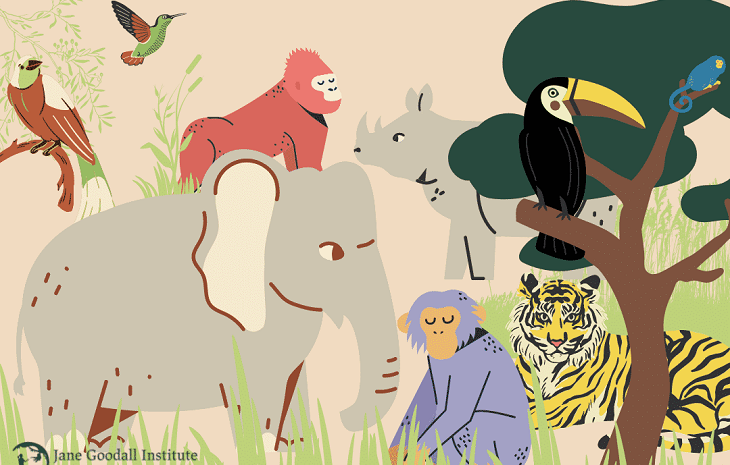 > To combat illegal wildlife trafficking, particularly of endangered species, we must act, and act strongly. Now.

May 11 is Internationl Endangered Species Day. In this article, Galitt KENAN, Director of the Jane Goodall Institute France, reminds us of the need to fight effectively against wildlife trafficking. This threat remains poorly understood by the general public. It is not only poaching, but also a highly organised crime that makes huge profits at the expense of living species. 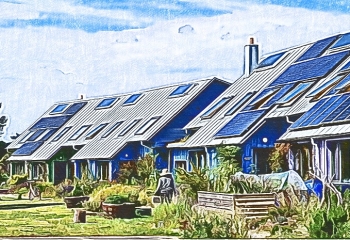 > Closing the trilogy opened in August 2021 – with its report on the "Science of climate change"  followed in March 2022 by that on "Impacts and adaptation" –, the IPCC is publishing its new report on "mitigation" on Monday 4 April 2022.
Initiated in 2018, this report, signed by 278 scientists from all over the world, sets out the state of scientific knowledge on options for reducing greenhouse gas emissions ("mitigation" in the title). 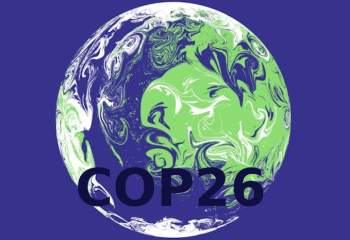 Cop26 - Spotlight on the Congo Basin

>  At the end of COP26, which was held in Glasgow from November 1 to 13, 2021, many were disappointed by the lack of determination shown by certain participants to limit global warming when all the warning signs were to red.

But at a time when the Amazon Basin is becoming a net emitter of CO2 and other greenhouse gases, all eyes are turning to the African equatorial forest and in particular to the Congo Basin, the future of which absolutely must be preserved. 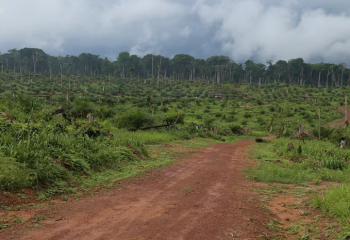 End of the moratorium on logging in the DRC ?

>  The Congo Basin contains the second largest rainforest in the world, including 314 million hectares of ecologically significant primary rainforest. In May 2002, in response to what threatened to become widespread looting, a moratorium on logging concessions was enacted for the first time in the DRC.

Read more: End of the moratorium on logging in the DRC ?

"The World Heritage Committee, meeting online since 16 July, decided today to remove Salonga National Park (Democratic Republic of the Congo) from the List of World Heritage in Danger due to improvements in its condition. of conservation", here is the announcement made on July 19, 2021 by UNESCO. 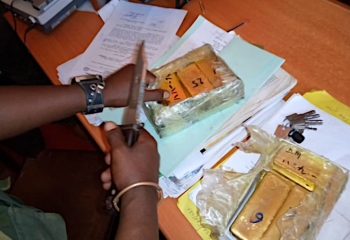 A brake on gold trafficking in the DRC

>  While a week has passed since the seizure of a large quantity of gold from the illegal Muchacha quarry by the Eco-guards of the Wildlife Reserve in Okapi (RFO), this Saturday June 26, 2021 President Félix Tshisekedi of the DRC and his Rwandan counterpart Paul Kagame have just signed in Goma several bilateral cooperation agreements aimed at promoting and protecting investments between the two countries, avoiding the problem of double taxation and tax evasion. Concerning more particularly the exploitation of gold, a memorandum of understanding has been established between the Congolese company SAKIMA and the Rwandan company Dither LTD under private law.

Read more: A brake on gold trafficking in the DRC

CongoFlux - The revival of Yangambi

>  Backed by the Yangambi Biosphere Reserve (DRC - Tshopo Province), one of the main protected areas threatened by anthropization in the region, the National Institute for Agronomic Studies and Research (INERA), flagship of agronomic research in the 1950s is gradually recovering.

> The Central African equatorial rainforest, a sanctuary for many endangered species, is one o...