The Congo in Comic Strips 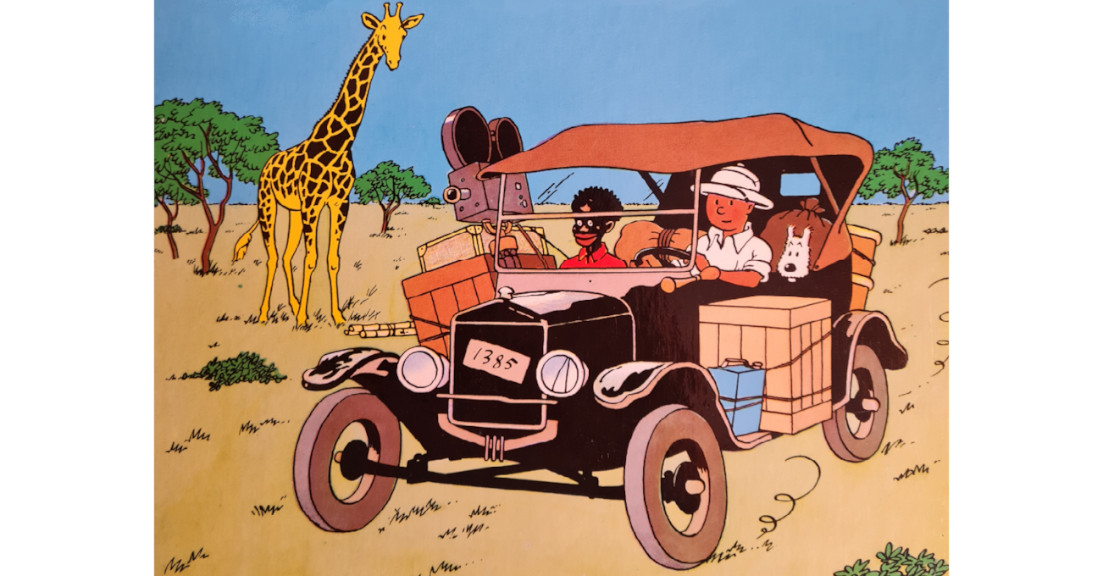 Today, elevated to the rank of 9th art, exploring all sorts of more or less fictional universes, comics have definitely captured the interest of a large adult audience. The publication of highly documented graphic novels in the fields of history, economics or politics is not to be outdone. These subjects also give rise to breathtaking series, each episode of which is awaited by an 'addicted' public.

> The history of this bubbling region, which was successively called the Independent State of Congo (1885-1908), the Belgian Congo (1908-1960), Zaire (1965-1997) and finally the Democratic Republic of Congo (1997 to the present day), has inspired novelists and comic book writers, some of them Belgian, but not always. In 1931, Hergé was one of the pioneers in this field, setting the second adventure of his new hero Tintin in this country. "Tintin in the Congo" is the subject of the first chapter of our series of articles.

> Conversely, the art of comics has given rise to vocations in this former Belgian colony. At the end of the 1970s, Mongo Sisé became the first African cartoonist to do an internship at the Hergé studio. Since then, other talents have emerged, writing the saga of Congolese comics despite their confidential distribution; unfortunately, there are not many publishers on this continent.

> Through these few articles, we aspire to make you want to discover this very colorful and contrasting universe.